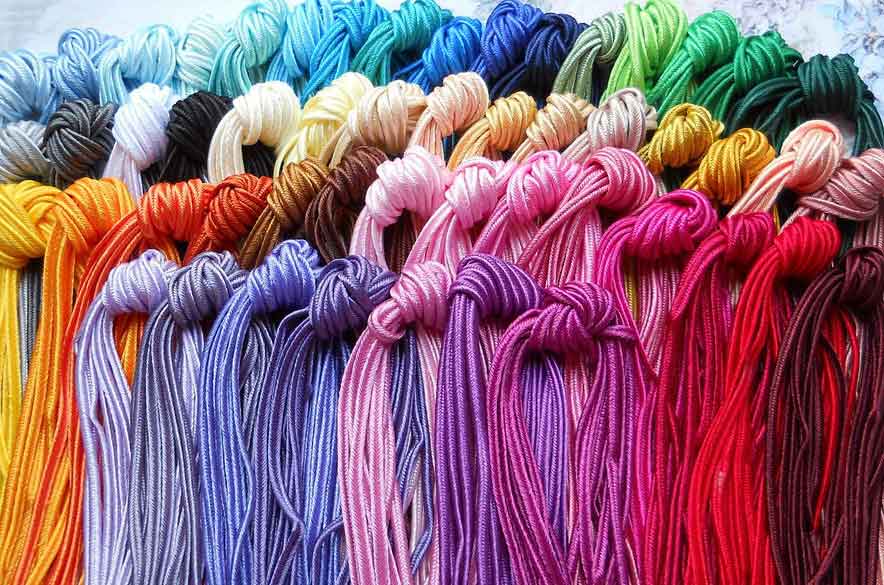 Soutache, also called Russia braid, is a flat decorative braid with a parting in the middle. Most soutache braids have a smooth right side and rough left side, with a clearly marked braid weave. Soutache is made with natural and semi-natural materials, including silk (sometimes mixed with wool), cotton and, particularly popular nowadays, rayon. Metallic thread, acetate, nylon and polyester are also used. Depending on the type of yarn used, braids can be either smooth and shiny or mossy and matt. Nowadays, soutache is made in an infinite number of colours.

From a historical point of view, soutache is nothing new. The word itself probably originates from the Hungarian sujtás, describing artistic decorations on the sleeves and trousers of Hungarian national folk costumes and military uniforms. Although the first guilds working with braids, lace and similar materials were already around during the 12th and 13th centuries, it wasn’t until the 16th century that the Czech guild in Krnov first produced true passementerie. Soutache entered general fashion after being popularised by the imperial Habsburgs.

A rather curious aspect of soutache is its application in bookbinding. A narrow strip of it can be found at the top and bottom of a book back, used as a reinforcement of the spine and a barrier against dust getting into the binding.

The first person to use soutache braid in the creation of jewellery was Israeli-trained fashion designer Dori Csengri. She became the centre of a new design movement and started her high-fashion jewellery brand in 1987. We owe her for the development of the embroidery techniques we use today to work with braids, beads, crystals and cup chains to make jewellery.